Boost your chances of getting accepted

How to Make Your College Essay Stand Out | Tips & Examples

To write a standout essay, you can use literary devices to pull the reader in and catch their attention. Literary devices often complement each other and can be woven together to craft an original, vivid, and creative personal essay. However, don’t overdo it; focus on using just a few devices well, rather than trying to use as many as possible.

This article gives an in-depth introduction to which literary devices are the most effective in college admissions essays. You can also check out our college essay examples for further inspiration.

You can frame your essay with symbolism or extended metaphors, which both work well in a montage or narrative essay structure.

Symbolism is the use of tangible objects to represent ideas. In your college essay, you can use one major symbol that represents your essay’s theme. Throughout your essay, you can also intentionally place related minor symbols to communicate ideas without explicitly stating them. The key is to use original, meaningful symbols that are not cliché.

In the example below, a student depicts “The Monster,” an imaginary symbolic figure that represents the student’s jealousy.

A metaphor directly compares two unrelated objects, giving deeper meaning and multi-dimensional imagery. Since metaphors create a new reality between two objects, use them sparingly throughout your essay to avoid overwhelming the reader with too many comparisons.

You can also use an extended metaphor, which builds upon a simple metaphor throughout the essay with other literary devices and more in-depth descriptions.

Keep the following in mind when crafting your extended metaphor:

In the example below, a student uses the extended metaphor of a museum to explore the theme of identity. Each anecdote is framed as an “exhibit” that tells us something about her life.

In the next example, a student uses the river as an extended metaphor for his educational journey. The different parts of the river’s course represent different challenges he has overcome.

Here are the most effective literary devices to enrich your storytelling in college essays.

Into the midst of things, in medias res

In medias res, Latin for “into the midst of things,” is a device that involves starting in the middle of the action. Then, important details are added to fill in the story. Similar to the beginning of an action or thriller movie, in medias res immediately drops the reader into a scene, allowing them to discern the story through sensory imagery.

Unlike a linear chronological narrative, flashbacks can be used to transport your reader from the present moment to a key past event to give a clearer understanding of your current personality, values, and goals.

Dialogue is a conversation between two or more people. Using dialogue in your essay can sometimes create suspense, transport readers into a scene, or highlight an important message. However, it should be used sparingly and strategically to avoid an anti-climatic or redundant moment.

Famous quotes should be avoided since they are overused, but using quotes from important people in your life can be original, personal, and powerful. But make sure the quote adds value to your essay.

You can use both figurative and literal imagery throughout your essay to paint a clearer, richer image in your reader’s mind.

In a metaphor, the two objects are considered the same, but in a simile, the word “like” or “as” creates some distance between the objects.

Illustrate your five senses with descriptive language to help your readers quickly imagine your story in a vivid, visceral way. Sensory language also helps to convey your interest and knowledge of a topic.

Personification uses human characteristics and behaviors to describe inanimate objects, animals, or ideas. This can help show your emotional connection to something in an original and poetic way.

Here are a few tone devices to help improve your essay’s authenticity and voice.

While most slang is too informal for college essays, regional colloquialisms can sometimes improve your essay’s authenticity when used strategically, enhancing your ability to connect with admissions officers and adding a memorable element.

However, you should ensure that they don’t seem shoehorned in or otherwise affect the flow, clarity, or professionalism of your essay. If applying to schools outside your region of origin (or if you’re applying as an international student), be sure the colloquialism is one that will be widely understood.

Hyperbole is dramatic exaggeration to express the intensity of your feelings about something. Use hyperbole sparingly to ensure the greatest impact and avoid sounding overly dramatic. Make sure to be original, avoiding overused comparisons.

Sentence-level devices are useful for dramatic effect or to highlight a point. But use them sparingly to avoid sounding robotic, redundant, or awkward.

To have the greatest impact, use these devices against the backdrop of varying sentence structures and at a critical or vulnerable moment in your essay, especially during reflection.

What are the components of a great college admissions essay?

Why is it so important to have a standout college essay?

Your college essay accounts for about 25% of your application’s weight. It may be the deciding factor in whether you’re accepted, especially for competitive schools where most applicants have exceptional grades, test scores, and extracurricular track records.

How important is writing style in a college essay?

You can use literary devices to catch your reader’s attention and enrich your storytelling; however, focus on using just a few devices well, rather than trying to use as many as possible.

Can I use humor in my application essay?

You can use humor in a college essay, but carefully consider its purpose and use it wisely. An effective use of humor involves unexpected, keen observations of the everyday, or speaks to a deeper theme. Humor shouldn’t be the main focus of the essay, but rather a tool to improve your storytelling.

Get a second opinion from a teacher, counselor, or essay coach on whether your essay’s humor is appropriate.

Can I swear in a college essay?

Avoid swearing in a college essay, since admissions officers’ opinions of profanity will vary. In some cases, it might be okay to use a vulgar word, such as in dialogue or quotes that make an important point in your essay. However, it’s safest to try to make the same point without swearing. 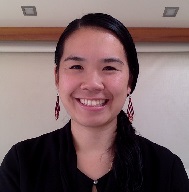 Kirsten studied political economy at U.C. Berkeley and has seven years of experience as a writer, editor, and English teacher. She cherishes helping students unearth their unique stories for college admissions essays.

Style and Tone Tips for Your College Essay | Examples

College application essays are less formal in style and tone than other kinds of academic writing.
14

What Do Colleges Look For in an Essay? | Examples & Tips

Colleges want to see context about each applicant along with proof of positive character qualities.
42

How to Write About Yourself in a College Essay | Examples

An insightful college essay requires self-reflection, authenticity, and a balance of confidence and vulnerability.
66