Have an APA expert improve your writing, formatting and citations 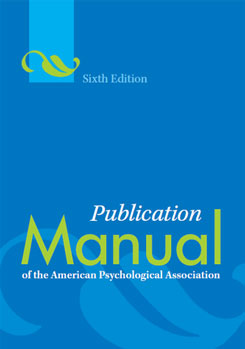 APA style is one of the most common formats for citing sources Other well known citation styles include MLA and Chicago.

This citation guide is based on the 6th edition of the APA Manual. The latest edition, published in October 2019, is not yet supported, but we have compiled a quick guide to the most important 7th edition changes.

An in-text citation is a concise way to show the reader where the original idea came from and to give credit to the original author. Use one every time you quote or paraphrase a source.

Include the author’s last name and the year of publication. When quoting a source, it’s also necessary to include the page number(s) of the quote.

When there are two authors, separate their last names with an ampersand (&), or with the word ‘and’ when they appear in the running text.

When there are three or more authors, separate their last names using commas. The last two authors’ last names should be separated by both a comma and an ampersand.

If you cite the same source again, to save space, you shorten the citation. Instead of including all the authors’ names, include only the first author, followed by “et al.” (meaning “and others”).

If a source has six or more authors, use the shortened version from the first citation.

When a source does not list an individual author, it can often be attributed to an organization instead.

When you quote a source, you also have to add the page number to the in-text citation.

Multiple sources in one citation

Sometimes, it’s necessary to cite multiple sources in one sentence. You can combine them into one set of parentheses, separated by semicolons.

Every source cited in the text must also appear in your reference list.

The format differs depending on the source type, but every reference begins in the same way: with the author’s last name and initials, the publication year or date, and the title of the source.

Note: Book titles should be italicized.

Note: The journal title and volume number should be italicized.

Note: The title should be italicized.

Do you want to cite an image, interview, YouTube video, movie, or another source type that is not on this list? We have many more APA Style examples to help you cite correctly.

Sort the references in alphabetical order based on the author’s last name. If you cite multiple sources by the same author, then sort them by publication year.

When you use the APA Citation Generator, your reference list is alphabetized automatically.

There are certain formatting rules you must adhere to when writing a paper in APA format.

The basic requirements are:

In addition to these general rules, there are more specific requirements for formatting the title page, running head, abstract, reference page, and headings and subheadings.