How do I include an image in my paper in Chicago style?

In Chicago style, when you don’t just refer to an image but actually include it in your paper, the image should be formatted as a figure. Place the figure before or after the first paragraph where it is mentioned. Refer to figures by their numbers in the text (e.g. “see fig. 1”).

Below the figure, place a caption providing the figure number followed by a period (e.g. “Figure 1.”), a reference to the source (if you didn’t create the image yourself), and any relevant information to help the reader understand the image (if needed).

The caption is single-spaced and left-aligned, and followed by a blank line before the continuation of the main text.

When should I include page numbers in Chicago style citations?

Page numbers should be included in your Chicago in-text citations when:

When you’re referring to the overall argument or general content of a source, it’s unnecessary to include page numbers.

When should I use “et al.” in Chicago style citations?

When a source has four or more authors, your in-text citation or footnote should give only the first author’s name followed by “et al.” (Latin for “and others”). This makes your citations more concise.

Should I use short notes or full notes for my Chicago citations?

In Chicago notes and bibliography style, the usual standard is to use a full note for the first citation of each source, and short notes for any subsequent citations of the same source.

However, your institution’s guidelines may differ from the standard rule. In some fields, you’re required to use a full note every time, whereas in some other fields you can use short notes every time, as long as all sources are listed in your bibliography. If you’re not sure, check with your instructor.

Do I have to include a bibliography or reference list?

In Chicago author-date style, your text must include a reference list. It appears at the end of your paper and gives full details of every source you cited.

In notes and bibliography style, you use Chicago style footnotes to cite sources; a bibliography is optional but recommended. If you don’t include one, be sure to use a full note for the first citation of each source.

What is the difference between footnotes and endnotes?

Footnotes appear at the bottom of the relevant page. Endnotes appear in a list at the end of the text, just before the bibliography.

Chicago note citations follow the exact same format whether they appear in footnotes or endnotes.

What is Turabian style?

Turabian style is a version of Chicago style designed specifically for students and researchers. It follows most Chicago conventions, but also adds extra guidelines for formatting research papers, theses and dissertations.

More information can be found in A Manual for Writers of Research Papers, Theses, and Dissertations by Kate L. Turabian, now in its ninth edition.

What is the difference between a reference list and a bibliography?

Both present the exact same information – the only difference is the placement of the year in source citations:

There are also other types of bibliography that work as stand-alone texts, such as an annotated bibliography.

What font should I use in a Chicago style paper?

Chicago format doesn’t require you to use any specific font, as long as you choose something readable. A good standard choice is 12 pt Times New Roman.

How do I cite a source with no author in Chicago style?

In a Chicago footnote citation, when the author of a source is unknown (as is often the case with websites), start the citation with the title in a full note. In short notes and bibliography entries, list the organization that published it as the author.

In Chicago author-date style, treat the organization as author in your in-text citations and reference list.

How do I cite a source with no date in Chicago style?

When an online source does not list a publication date, replace it with an access date in your in footnote citations and your bibliography:

If you are using author-date in-text citations, or if the source was not accessed online, replace the date with “n.d.”

How do I cite a source with multiple authors in Chicago style?

In a Chicago style footnote, list up to three authors. If there are more than three, name only the first author, followed by “et al.”

In the bibliography, list up to ten authors. If there are more than ten, list the first seven followed by “et al.” 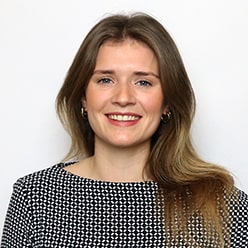 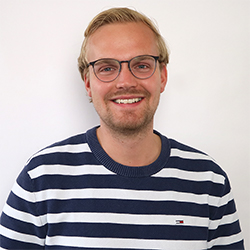 What technology does the Scribbr Plagiarism Checker use?

What citation styles does the Scribbr Citation Generator support?