Is it “copacetic,” “copasetic,” or “copesetic”?

The standard spelling is copacetic. The variant spellings copasetic and copesetic are also listed as acceptable by the Merriam-Webster dictionary, but they’re less common.

The origin of the word is unclear (it’s thought to have originated as slang in the 20th century), which is why various spellings are deemed acceptable.

What are the different types of determiners?

There are many ways to categorize determiners into various types. Some of the main types of determiners are:

What is an antonym of “callous”?

Some antonyms (opposites) for “callous” include:

What is a synonym of “copacetic”?

Some synonyms for copacetic include:

How do I pronounce “copacetic”?

Copacetic has four syllables. It’s pronounced with emphasis on the third syllable: [koh-pah-set-ik].

What does “please bear with me” mean?

Please bear with me is a more polite version of the expression bear with me, meaning “have patience with me.”

It’s typically used along with a conjunction (e.g., “while”), to explain why you’re asking for patience (e.g., “please bear with me while I try to find the correct file”).

What is a synonym of “bear with me”?

Some synonyms for bear with me include:

What does “bare with me” mean?

“Bare with me” is a common misspelling of the phrase bear with me. While “bare” can be used as a verb meaning “uncover,” it doesn’t make sense in this phrase. The verb you need is “bear,” meaning “carry” or “endure.”

What is a synonym of “misnomer”?

Misnomer is quite a unique word without any clear synonyms. Some phrases that convey the same idea are:

What is an example of a misnomer?

Some well-known examples of terms that are or have been viewed as misnomers, but are still widely used, include:

What are the two types of criterion validity?

Criterion validity evaluates how well a test measures the outcome it was designed to measure. An outcome can be, for example, the onset of a disease.

Criterion validity consists of two subtypes depending on the time at which the two measures (the criterion and your test) are obtained:

What are the main types of validity?

Validity tells you how accurately a method measures what it was designed to measure. There are four main types of validity:

What is the difference between convergent and concurrent validity?

Convergent validity shows how much a measure of one construct aligns with other measures of the same or related constructs.

On the other hand, concurrent validity is about how a measure matches up to some known criterion or gold standard, which can be another measure.

Although both types of validity are established by calculating the association or correlation between a test score and another variable, they represent distinct validation methods.

What is a synonym of “touch base”?

Some synonyms for touch base include:

“Touch bases” is sometimes mistakenly used instead of the expression touch base, meaning “reconnect briefly.” In the expression, the word “base” can’t be pluralized—the idea is more that you’re both touching the same “base.”

“Touch basis” is a misspelling of “touch bases” and is also incorrect.

What does “let’s touch base” mean?

Let’s touch base is an expression used to suggest to someone that you touch base or briefly reconnect. It’s rarely used in formal or academic writing.

What is a synonym of “besides”?

There are different synonyms for the various meanings of besides.

Beside and besides are related words, but they don’t have the same meaning.

Is “besides” a preposition?

Yes, besides is a preposition meaning “apart from” (e.g., “Laura doesn’t like hot drinks besides cocoa”). It can also be used to mean “as well as” (e.g., “Besides traveling, Angie enjoys cooking”).

What is a synonym for “callous”?

Some synonyms for “callous” include:

What is an antonym of “presumptuous”?

Some antonyms (opposites) for “presumptuous” include:

What is a synonym of “presumptuous”?

Some synonyms for “presumptuous” include:

How do I pronounce “verbiage”?

Verbiage has three syllables. It’s pronounced with emphasis on the first syllable: [ver-bee-ij].

What is a synonym of “verbiage”?

There are numerous synonyms for the two meanings of verbiage.

What are some synonyms of “loquacious”?

Some synonyms for “loquacious” include:

How do I pronounce “mea culpa”?

Mea culpa has four syllables. It’s pronounced with emphasis on the first and third syllables: [May-uh-kuul-puh].

What does “mea maxima culpa” mean?

What is a synonym for “albeit”?

Some words with a similar or identical meaning to albeit (depending on context) include:

How do I pronounce “albeit”?

Albeit has three syllables. It’s pronounced with emphasis on the second syllable: [awl-bee-it].

Because some people pronounce “I’ll” in a similar way to the first syllable, they sometimes mistakenly write “I’ll be it” in place of “albeit.” This is incorrect and should be avoided.

Vice versa is the only correct spelling (not “vice a versa” or “vice-versa”), but the phrase can be pronounced both ways: [vice–vur-suh] or [vice-uh-vur-suh].

How do I pronounce “vice versa”?

There are two ways to pronounce vice versa:

Both pronunciations are considered acceptable, but “vice versa” is the only correct spelling.

What is a synonym of “vice versa”?

Some synonyms of vice versa include:

What are some synonyms for “indubitably”?

Some synonyms for “indubitably” include:

How do I pronounce “indubitably”?

“Indubitably” has five syllables. It is pronounced with an emphasis on the second syllable: [in-doo-bit-uh-blee].

How do I pronounce “eponymous”?

“Eponymous” has four syllables. It’s pronounced with an emphasis on the second syllable: [i-pon-uh-muss].

What is an eponym?

What are some synonyms of “eponymous”?

Some words that are synonyms or near synonyms of “eponymous” include:

How do you pronounce “facetious”?

Facetious has three syllables. It’s pronounced with an emphasis on the second syllable: [fuh-see-shuss].

What is an antonym of “facetious”?

Some antonyms (opposites) for facetious include:

What is a synonym of “facetious”?

Some synonyms for facetious include:

The correct spelling of the term meaning “to a sickening degree” is ad nauseam, with an “a.” The common misspelling “ad nauseum,” with a “u,” is never correct.

What is a synonym of “ad nauseam”?

Ad nauseam is usually used to refer to something going on for too long. Some rough synonyms of ad nauseam are:

What is the opposite of “protagonist”?

In fiction, the opposite of a protagonist is an antagonist, meaning someone who opposes the protagonist.

More generally, some antonyms for “protagonist” include:

What is a synonym of “protagonist”?

There are numerous synonyms for the various meanings of protagonist. 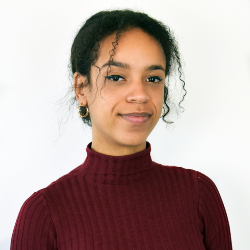