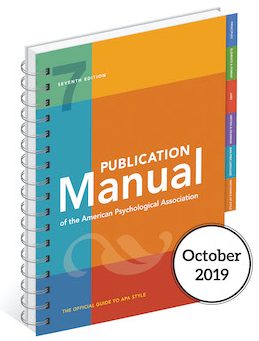 In October 2019, the American Psychological Association (APA) introduced the 7th edition of the APA Publication Manual, which replaces the 6th edition published in 2009.

In that time a lot of things have changed. Citing online material has become more common, the use of inclusive and bias-free language is increasingly important, and the technology used by researchers and students has changed.

The 7th edition addresses these changes by providing better and more extensive guidelines. This article outlines the biggest changes that you should know about.

When it comes to citing sources, more guidelines have been added that make citing online sources easier and clearer.

In total, 114 examples are provided, ranging from books and periodicals to audiovisuals and social media. For each reference category, an easy template is provided to help you understand and apply the citation guidelines. The biggest changes in the 7th edition are:

Writing inclusively and without bias is the new standard, and APA’s new publication manual contains a separate chapter on this topic.

The guidelines provided by APA help authors reduce bias around topics such as gender, age, disability, racial and ethnic identity, and sexual orientation, as well as being sensitive to labels and describing individuals at the appropriate level of specificity. Some examples include:

In the 7th edition, APA decided to provide different paper format guidelines for professional and student papers. For both types, a sample paper is included. Some notable changes include:

In terms of style, not much has changed in the 7th edition. In addition to some updated and better explained guidelines, there are two notable changes:

With Scribbr’s free citation generator you can easily cite your sources according to the new 7th edition guidelines. It’s accurate, fast, and easy to use. Give it a try! 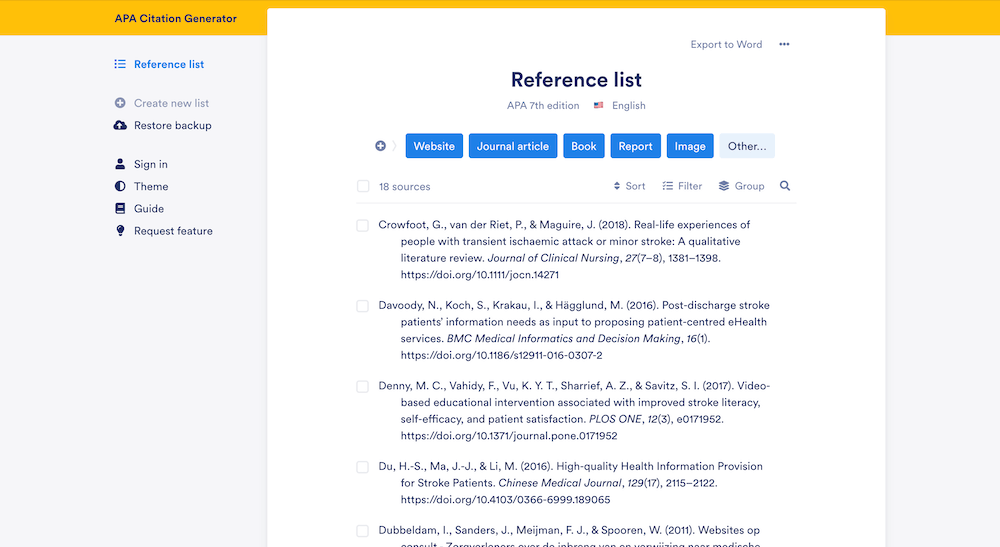 Are you a teacher or professor who would like to educate your students about the APA 7th edition changes? Great! You can download our free lecture slides, available for Google Slides and Microsoft PowerPoint.

Buy the APA Manual 7th edition today to keep up with the latest changes.

When will people start using the 7th edition APA Manual?

The American Psychological Association anticipates that most people will start using the 7th edition in the spring of 2020 or thereafter.

It’s best to ask your supervisor or check the website of the journal you want to publish in to see which APA guidelines you should follow.

Where can I buy or download the APA Manual 7th edition?

The APA Manual 7th edition can be purchased at Amazon as a hardcover, paperback or spiral-bound version. You can also buy an ebook version at RedShelf.

What is the most current edition of the APA manual?

The 7th edition APA Manual, published in October 2019, is the most current edition. However, the 6th edition, published in 2009, is still used by many universities and journals.

Raimo has been writing articles for Scribbr since 2017. His areas of expertise are plagiarism and citation. Besides writing articles, Raimo works tirelessly on improving Scribbr's Citation Generator and Plagiarism Checker tools.

The APA reference page starts with the label “References” in bold and centered. Double-space all text and apply a hanging indent.
221

Learn how to set up APA format for your paper. From the title page and headings to references and citations.
1037