In experimental research, subjects are randomly assigned to either a treatment or control group. A double-blind study withholds each subject’s group assignment from both the participant and the researcher performing the experiment.

Double blinding guards against these risks, ensuring that any difference between the groups can be attributed to the treatment.

Blinding means withholding which group each participant has been assigned to. Studies may use single-, double- or triple-blinding.

Single-blinding occurs in many different kinds of studies, but double- and triple-blinding are mainly used in medical research.

If participants know whether they were assigned to the treatment or control group, they might modify their behavior as a result, potentially changing their eventual outcome.

In a single-blind experiment, participants do not know which group they have been placed in until after the experiment has finished. 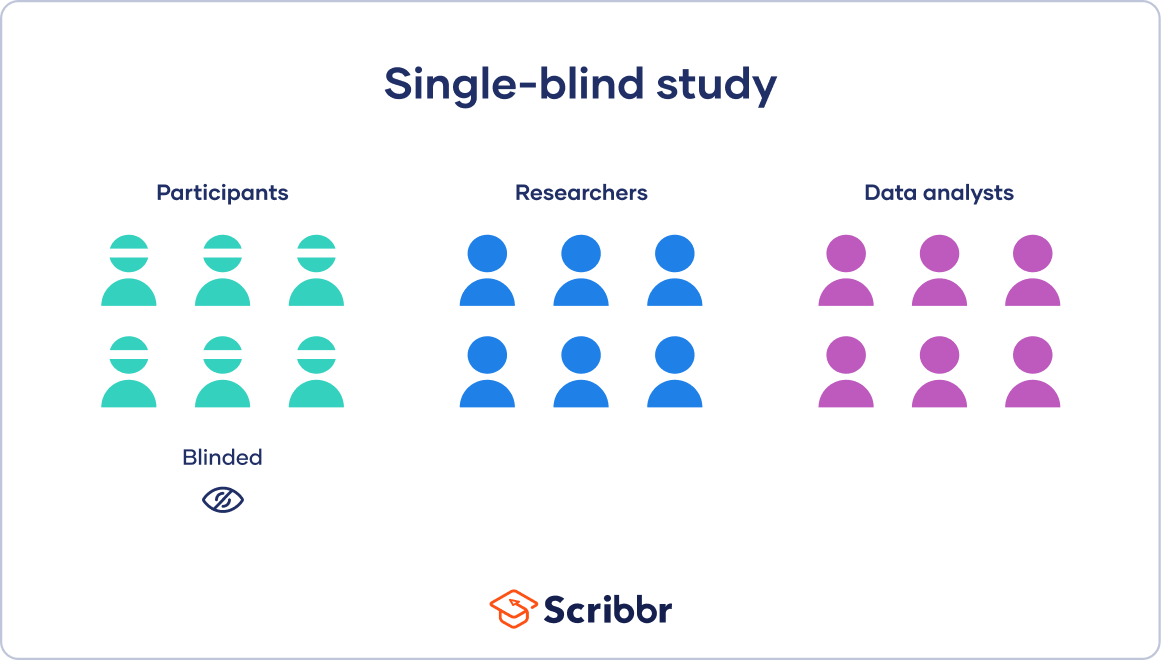 In double-blind experiments, the group assignment is hidden from both the participant and the person administering the experiment. 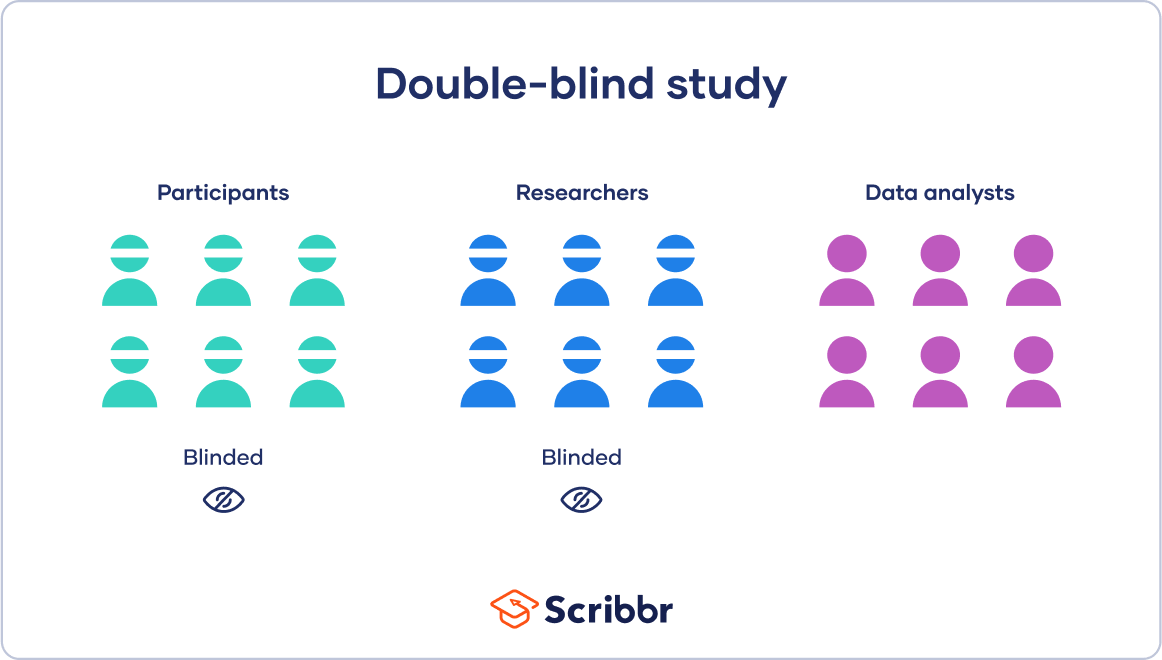 Although rarely implemented, triple-blind studies occur when group assignment is hidden not only from participants and administrators, but also from those tasked with analyzing the data after the experiment has concluded.

Researchers may expect a certain outcome and analyze the data in different ways until they arrive at the outcome they expected, even if it is merely a result of chance. 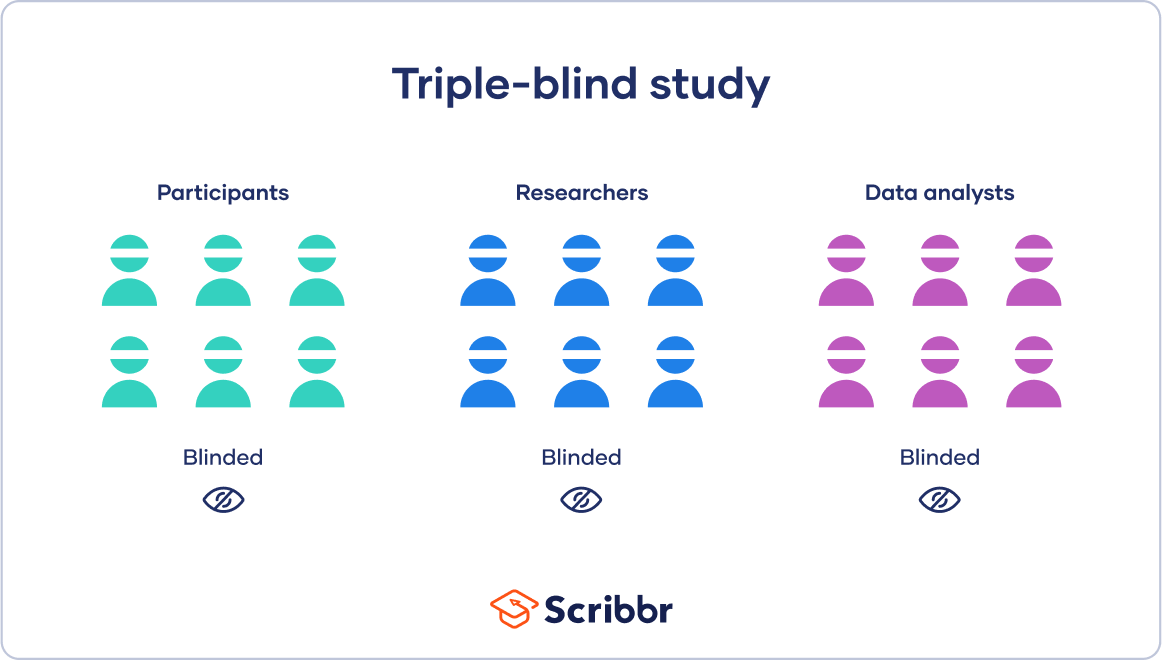 Blinding helps ensure a study’s internal validity, or the extent to which you can be confident any link you find in your study is a true cause-and-effect relationship.

Since non-blinded studies can result in participants modifying their behavior or researchers finding effects that do not really exist, blinding is an important tool to avoid bias in all types of scientific research.

Unblinding occurs when researchers have blinded participants or experimenters, but they become aware of who received which treatment before the experiment has ended.

This may result in the same outcomes as would have occurred without any blinding.

Double or triple blinding is often not possible. While medical experiments can usually use a placebo or fake treatment for blinding, in other types of research, the treatment sometimes cannot be disguised from either the participant or the experimenter. For example, many treatments that physical therapists perform cannot be faked.

In such cases, you must rely on other methods to reduce bias.

What is blinding in research?

What is the difference between single-blind, double-blind and triple-blind studies?
Why is blinding important in research?

If participants know whether they are in a control or treatment group, they may adjust their behavior in ways that affect the outcome that researchers are trying to measure. If the people administering the treatment are aware of group assignment, they may treat participants differently and thus directly or indirectly influence the final results.

Internal validity describes the extent to which a cause-and-effect relationship established in a study cannot be explained by other factors.
618

Experimental design is the process of planning an experiment to test a hypothesis. The choices you make affect the validity of your results.
1283