How to Find the Mean | Definition, Examples & Calculator

The mean (aka the arithmetic mean, different from the geometric mean) of a dataset is the sum of all values divided by the total number of values. It’s the most commonly used measure of central tendency and is often referred to as the “average.”

You can calculate the mean by hand or with the help of our arithmetic mean calculator below.

Mean formulas for populations and samples

In research, you often collect data from samples and perform inferential statistics to understand the population they came from.

The formulas for the sample mean and the population mean only differ in mathematical notation. Population attributes use capital letters while sample attributes use lowercase letters.

The population mean can also be denoted as μ.

The sample mean is also referred to as M.

Steps for calculating the mean by hand

There are two steps for calculating the mean:

We’ll walk through these steps with a sample data set.

Let’s say you want to find the average amount people spend on a restaurant meal in your neighborhood. You ask a sample of 8 neighbors how much they spent the last time they went out for dinner, and find the mean cost.

Step 1: Find the sum of the values by adding them all up

Because we’re working with a sample, we use the sample formula.

Step 2: Divide the sum by the number of values

In the formula, n is the number of values in your data set. Our data set has 8 values.

The mean tells us that in our sample, participants spent an average of 50 USD on their restaurant bill.

Outlier effect on the mean

Outliers are extreme values that differ from most values in the data set. Because all values are used in the calculation of the mean, an outlier can have a dramatic effect on the mean by pulling the mean away from the majority of the values.

Let’s see what happens to the mean when we add an outlier to our data set.

Step 1: Find the sum of the values by adding them all up

Step 2: Divide the sum by the number of values

As we can see, adding just one outlier to our data set raised the mean by 20 USD. In this case, a different measure of central tendency, like the median, would be more appropriate.

When can you use the mean, median or mode?

But for continuous or discrete variables, you have exact numerical values. With these, you can easily calculate the mean or median.

The mean is best for data sets with normal distributions. In a normal distribution, data is symmetrically distributed with no skew. Most values cluster around a central region, with values tapering off as they go further away from the center.

The mean, mode and median are exactly the same in a normal distribution. 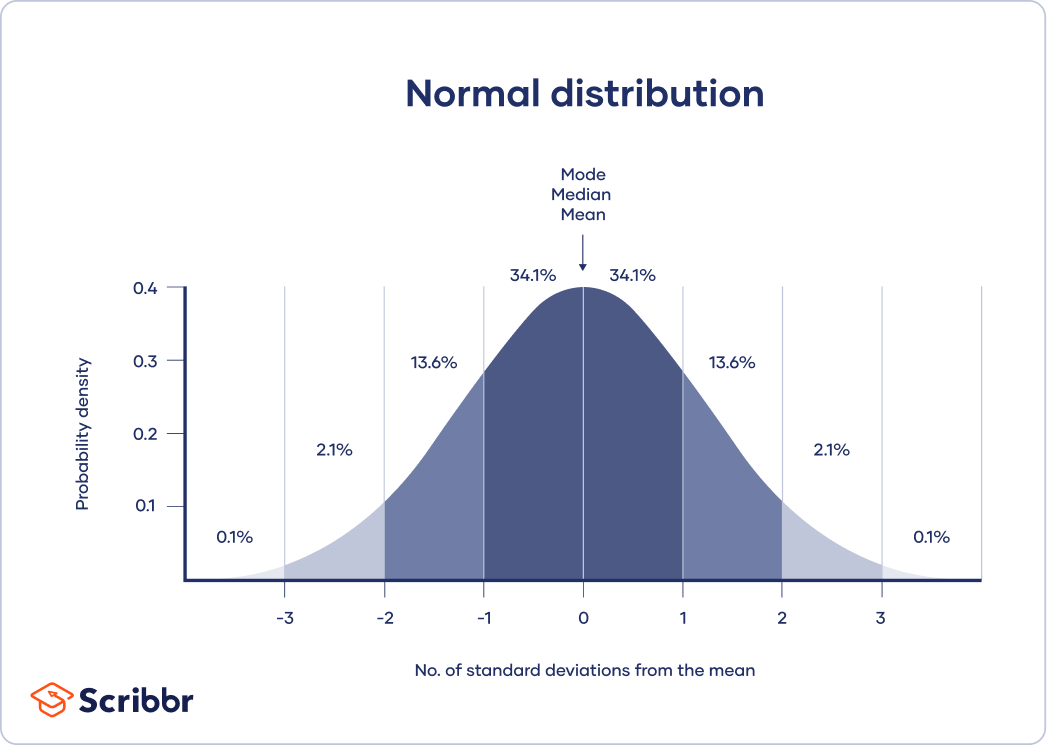 In skewed distributions, more values fall on one side of the center than the other, and the mean, median and mode all differ from each other. One side has a more spread out and longer tail with fewer scores at one end than the other. 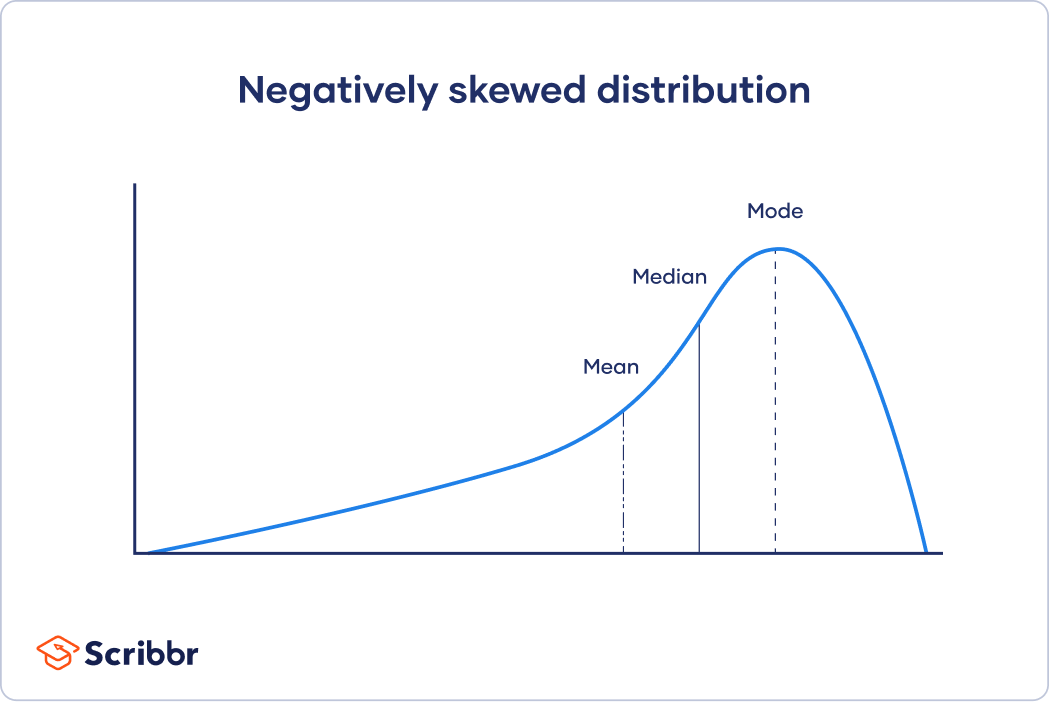 Alternatively, you can systematically review and remove outliers from your dataset in the data cleansing process.

Frequently asked questions about the mean

How do I find the mean?

You can find the mean, or average, of a data set in two simple steps:

This method is the same whether you are dealing with sample or population data or positive or negative numbers.

What are the different types of means?

The arithmetic mean is the most commonly used mean. It’s often simply called the mean or the average. But there are some other types of means you can calculate depending on your research purposes:

What are measures of central tendency?

Measures of central tendency help you find the middle, or the average, of a data set.

The 3 most common measures of central tendency are the mean, median and mode.

What’s the best measure of central tendency to use?

The mean is the most frequently used measure of central tendency because it uses all values in the data set to give you an average.

For data from skewed distributions, the median is better than the mean because it isn’t influenced by extremely large values.

The mode is the only measure you can use for nominal or categorical data that can’t be ordered.

How to Find the Median | Definition, Examples & Calculator

The median is the value that’s exactly in the middle of a data set when it is ordered.
109

How to Find the Mode | Definition, Examples & Calculator

The mode is the most frequently occurring value in a data set. A data set can have more than one mode or no mode.
42

The standard deviation is the average amount of variability in your dataset. It tells you, on average, how far each score lies from the mean.
1471